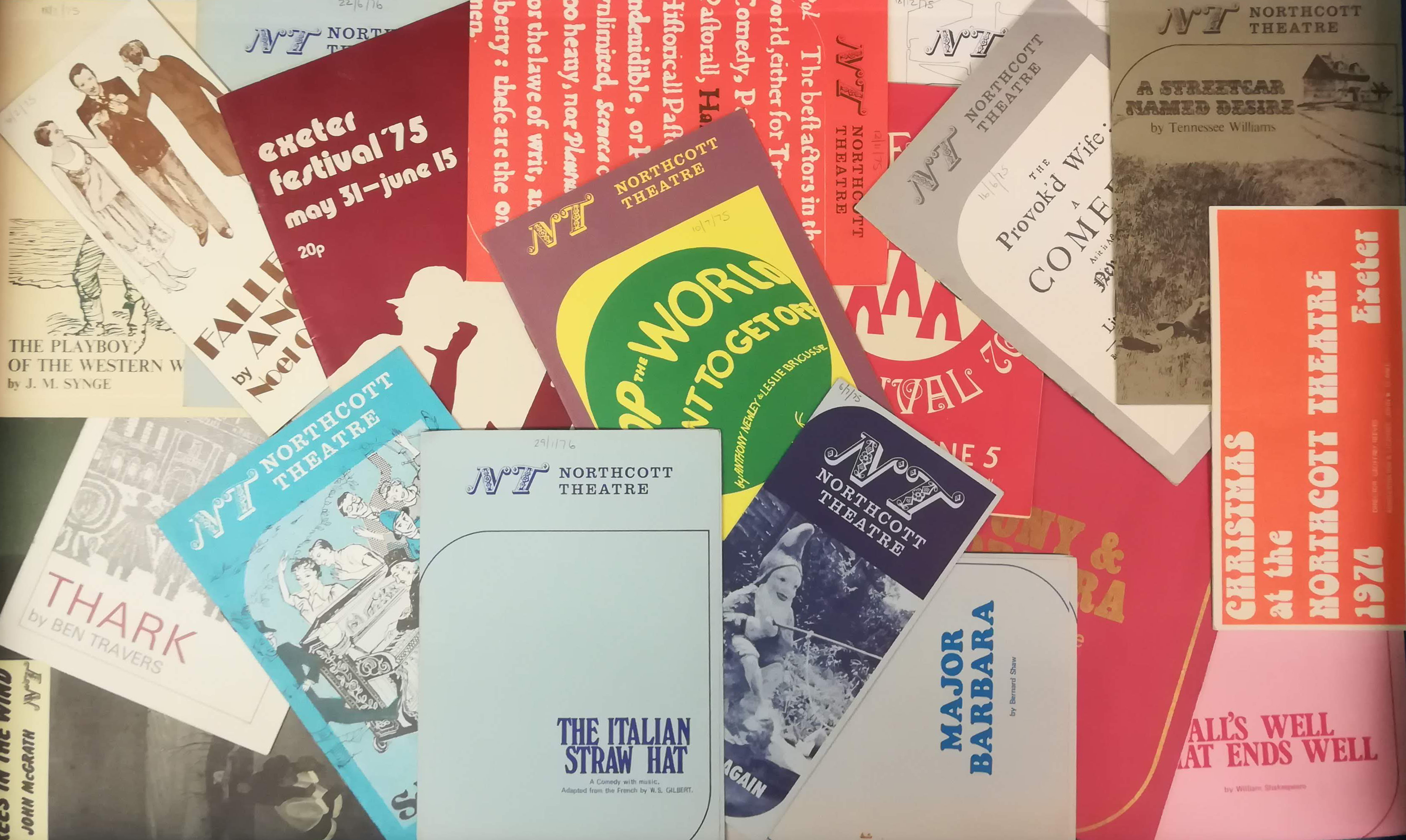 The Northcott Theatre and Arts Centre was conceived of by G.V. Northcott after the demolition of Exeter’s Theatre Royal in 1962. The theatre opened with a production of The Merchant of Venice on 2nd November 1967. Early directors were known for fostering new writing talent and many famous actors performed there early in their careers.

The Northcott Theatre archive comprises operational and production records spanning the period from its opening in 1967 to its threatened closure in 2010. These include administrative, legal and operational records, information on the technical management of theatre productions, promotional literature and press coverage. There is also a collection of photographic records of productions and actors, along with records of film productions from the earlier Theatre Royal in Exeter.

This collection is currently undergoing a cataloguing project. You can search the archive as the cataloguing progresses in our online archives catalogue, or follow the progress of the project in our project blog.

The Northcott Theatre Archive has great potential for interdisciplinary researchers, particularly touching on areas of history, drama, sociology and business. Some possible areas of interest to early career researchers are listed below, though the archive provides rich ground for many other areas of research. 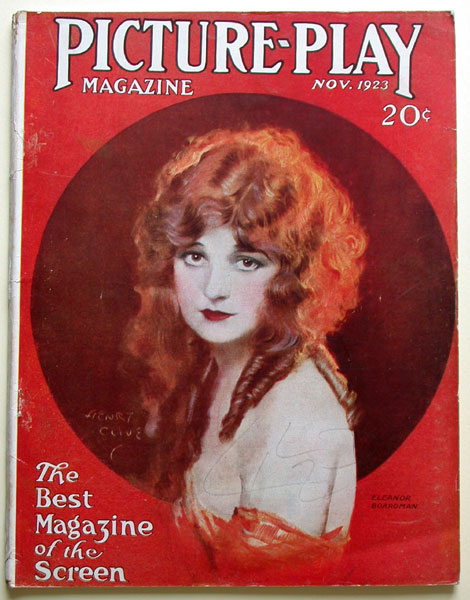 Sarah Bernhardt (1844-1923) was born in Paris. She was educated at the Institution Fressard in Auteuil, and at Grandchamp, a convent near to Versailles. In 1860 she entered the Paris Conservatoire, where she took second-prize in the final competition. She then established her reputation as a tragedienne actress at the Comedie Francaise, the Theatre du Gymnase and Theatre de l'Odeon. She subsequently toured Europe and the USA in the 1880s where she also won international fame. She managed the Theatre de la Renaissance from 1893-1899, and subsequently founded the Theatre Sarah Bernhardt (originally Theatre des Nations) in Paris in 1899. She was created a chevalier of the Legion d'honneur in 1914. She died in Paris in 1923 and is buried in the cemetery at Pere Lachaise

This collection contains theatre pamphlets and other papers relating to Bernhardt's life and career. It contains papers dating to during and after her lifetime including: magazine articles, theatre programmes (signed), black and white photographs, Sarah Bernhardt exhibition catalogue (Ferrers Gallery, London, 1973), assorted newscuttings, articles, notes and extracts relating to the life of Bernhardt.

Please see the Archives catalogue for a full list of items in this collection. 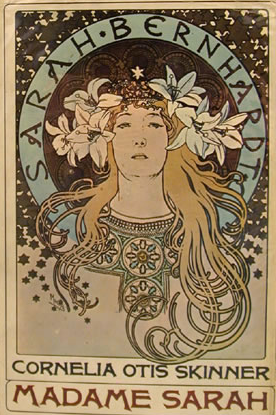 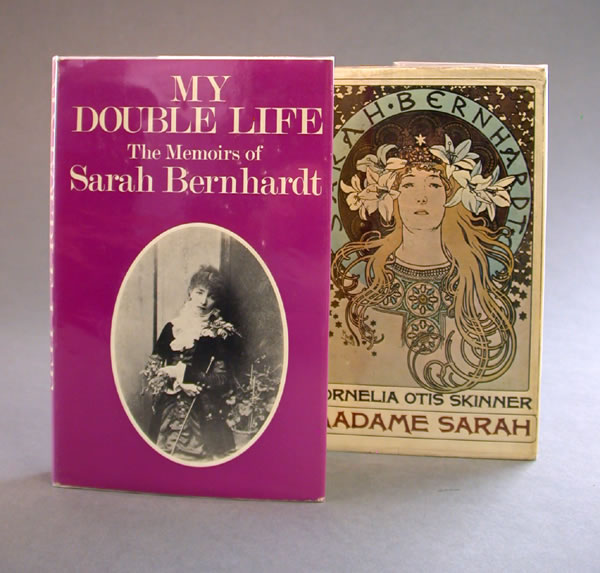 Scrapbook of John Stokes Bennett of the Theatre Royal, Exeter

Scrapbook of John Stokes Bennett of the Theatre Royal, Exeter, and other papers relating to theatre history

This item comprises one volume scrapbook of mainly newspaper cuttings, 1820-1824, compiled by John Stokes Bennett, also containing 18th and 19th c theatrical posters (playbills). Typescript death notices of Bennett from 'Trewman's Exeter Flying Post' and 'Alfred', Mar 1829, and photocopy of two pages from 'The theatre tourist, being a genuine collection of correct views, with brief and authentic historical accounts of all the principal provincial theatres in the United Kingdom, by a theatric amateur [James Winston]', London, 1805. 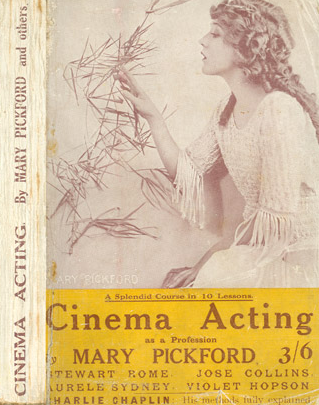 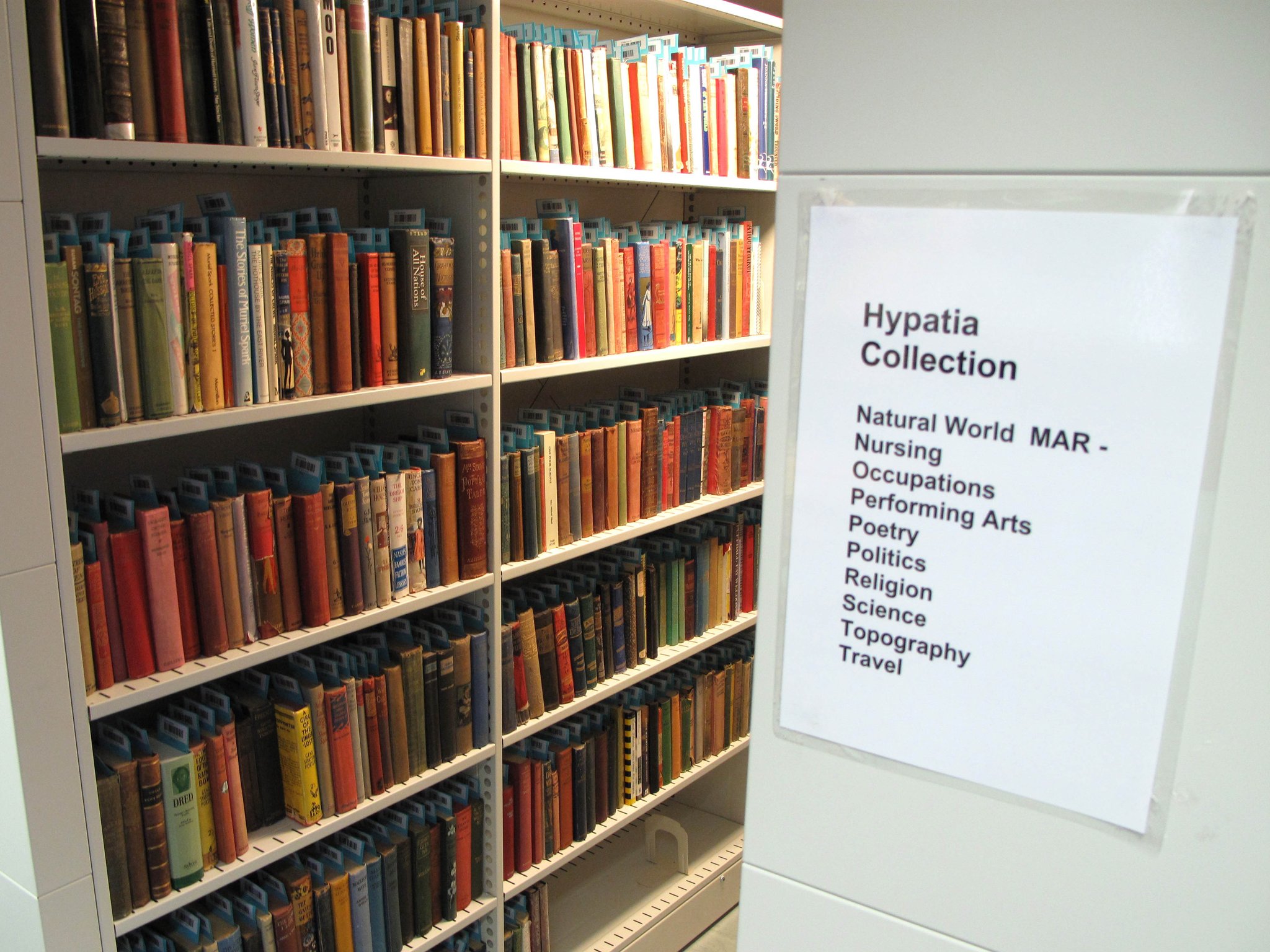 The Hypatia collection is a rich and diverse collection of books and journals by or about women, collected by Dr Melissa Hardie. Chiefly nineteenth to twentieth-century, the collection is strongest on biography, social life, occupations and history, as well as on literature (especially fiction) and the arts. The collection also contains a Performing Arts section.

You can browse the titles on the Library's classic catalogue by performing a 'local classmark' search on 'Hypatia' (books) and 'Hypatia Jou' (journals). To browse all titles within a subject add the first 3 letters of the subject eg ‘Hypatia PER’ will find all the material in the Performing Arts section.

There are 19th century editions of books which were adapted to melodramas in our Reserve Collection at 822.08

Search the Library Catalogue for printed books by entering titles, keywords or authors into the search box.

Select the 'Catalogue' tab at the top of your results, then select 'Special Collections' from the list of locations in the column at the left of the page.

You can also choose to refine your search by publication date by using the 'Publish Date' box. 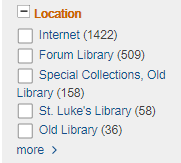 Once your results are displayed, click on a title to view the item's full catalogue listing.

In the item listing you can also click on the item's call no, seen below. 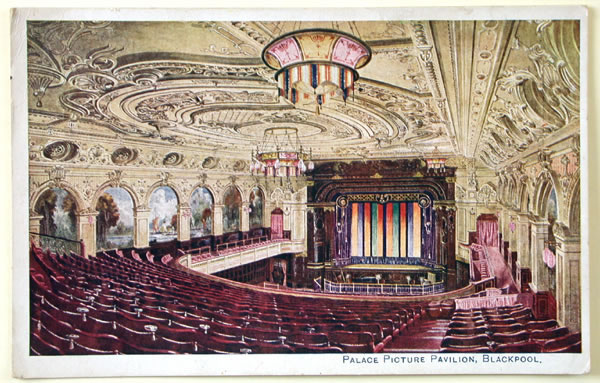 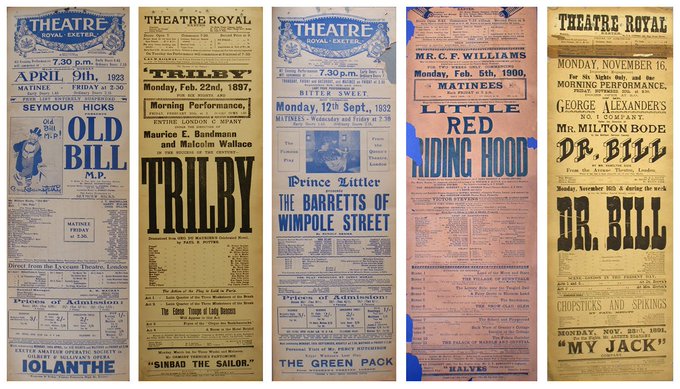 The collection contains nearly 2,400 playbills, relating to all types of production at the theatre over a fifty year period. Included are bills for ballets, plays, variety and revue performances, musicals, operas, pantomimes and film showings.

The theatre ran productions of all kinds, ranging from plays, musicals, variety and pantomimes, with occasional ballets, operas and film showings. The theatre closed regularly every summer, and staged a huge pantomime each Christmas. These ran for one or two months and were very popular. As well as the home repertory company, touring companies also visited, including the D'Oyly Carte Opera Company with the great comic actor Sir Henry Lytton. Many other famous theatre names guested, including Harold Neilson, Mrs Patrick Campbell, local-born Violet Vanbrugh and Charles Hawtrey. Early appearances by Harry Secombe and Morecambe and Wise were also made.

Click here to browse the collection in our Archives Catalogue. 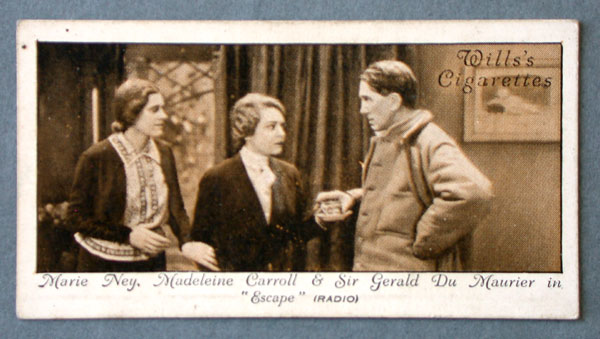 Sir Gerald du Maurier (1873-1934) was an actor and theatrical manager, and was son of George du Maurier. He first appeared on the stage in 1895, playing a small part in a dramatization of 'Trilby' at the Haymarket. His break came in 1902 during Barrie's 'The Admirable Crichton', at the Duke of York Theatre, where he met his later wife Muriel ('Mo') Beaumont (1881-1957) who was also an actor. (She appears to have been based predominantly at three London theatres, the Theatre Royal, Haymarket, the Garrick Theatre and the Duke of York in the period 1898-1906, 1912, acting in a range of productions from Shakespeare's 'The Merchant of Venice' to 'For Love of Prim' and 'A Golden Wedding' by Eden Phillpotts). Gerald du Maurier was the first actor to play the parts of Mr. Darling and Captain Hook in Barrie's 'Peter Pan' (1904).Other successes included E W Hornung's 'Raffles', 'Arsene Lupin at the Comedy Theatre' (1906) and 'Alias Jimmie Valentine' (1910) by Paul Armstrong. He then moved into theatre management with Frank Curzon at Wyndham's Theatre, whilst continuing his acting career. He was knighted in 1922 for his services to theatre. Film roles include 'The Living Dead' (1936), 'I was a Spy' (1934), 'Power' (1934), Catherine the Great' (1934), 'Lord Camber's Ladies' (1932) and 'Escape' (1930).

These papers relate to Gerald du Maurier's [1873-1934] acting career. They are part of a larger collection of papers relating to various members of the du Maurier family. 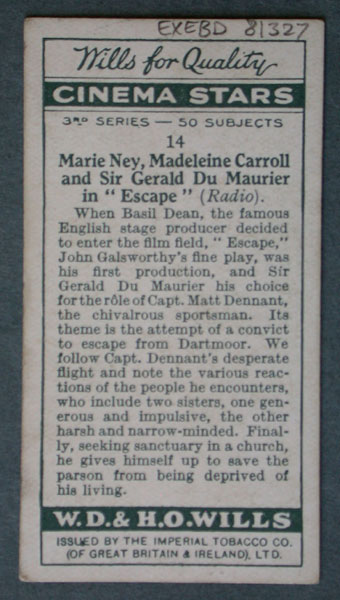 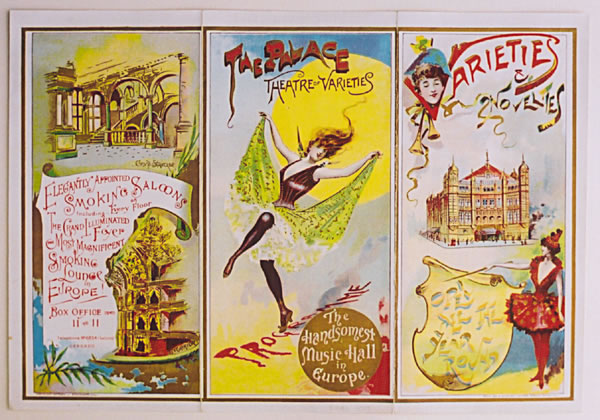 Dorothy Louise Hartnup (1909-1966) was born on 14 Aug 1909 and was later adopted. She knew nothing of her natural parents. She was brought up in Battersea by her adopted parents John Bishop and Dorothy Louise Hartnup (nee Wood). Her adopted father was a barber and master wig-maker, running his own hairdressing shop in the Queenstown Road. She was educated at a convent school in Clapham, and married twice. Her second marriage was to George James Johnson, artist and civil servant, in 1936. They had one son, born in 1940.

She was actively involved in amateur dramatics and singing, with much of her activities centring on the Parents' Association attached to local scout groups to which her son belonged. She had a keen interest in theatre history, particularly in the actor managers Edward Edwards and John Lawrence Toole. Her most productive period of research was from c 1953-c 1957. She died in Thornton Heath on 5 Oct 1966.

John Lawrence Toole (1830-1906), actor and theatrical manager, was born in St. Mary Axe, London as the son of James Toole, City Toast Master and employee of the East India Company. Toole was educated at the City of London School and worked briefly in a wine merchant's counting house. He then joined the City Histrionic Club and made his first public appearance at the Haymarket Theatre. He made his professional debut at the Queen's Theatre, Dublin, 1852, under Charles Dillon, moving onto the St. James's Theatre, London, the Lyceum, and the New Adelphi Theatre. After a successful acting career, he opened the Globe Theatre, London, in 1877. In 1895 he then opened the Folly Theatre on King William Street, Strand, in 1879 (renamed Toole's Theatre, 1882) which he ran until 1895. He died in Brighton in 1906.

This collection contains items relating to theatre history, including: