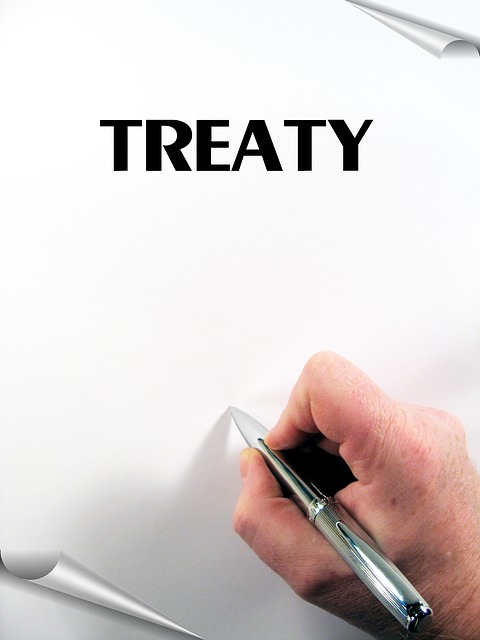 A treaty is an agreement made by negotiation under international law.  Treaties are entered into by countries or other legal authorities. Once they are formally agreed and signed by the participating bodies, they are usually ratified by the lawmaking authority of each country / signatory.

A range of different terms are used to refer to treaties, such as: treaty / treaty agreement  / international agreement / protocol / covenant / convention / pact.

A variety of print and electronic books on treaty law are available via the Library.