The Digital Humanities Lab at Exeter creates and hosts innovative and informative resources, based around data collected within research projects in collaboration with the College of Humanities' academic staff, local heritage and cultural organisations, and national museums, archives and galleries. We present here a guide to some of the resources we have been able to make available to the public, funded by the University or by UK and European research bodies.

For a more comprehensive list of research activity and further details of these resources, see our Current Projects page. 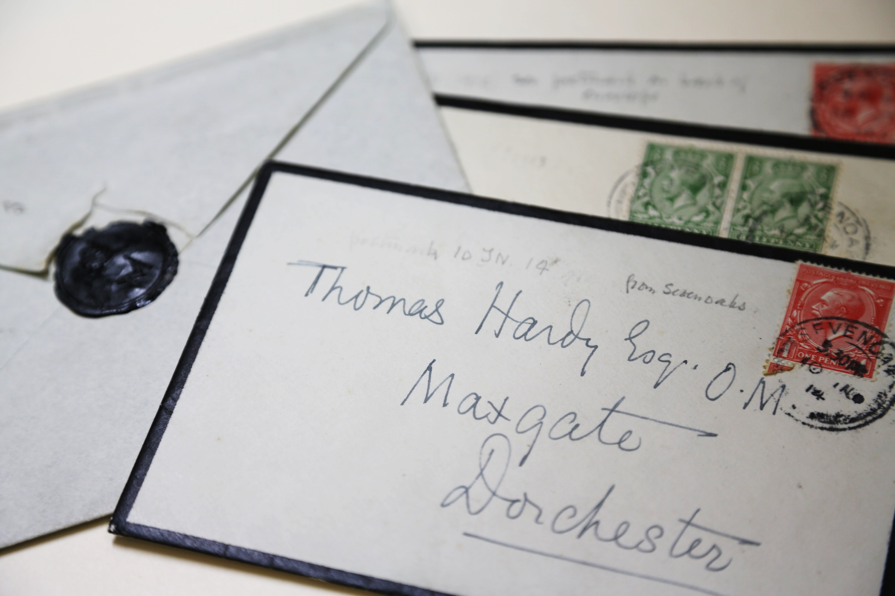 Thomas Hardy, English poet and author, attracted a rich variety of correspondence from around the world, as well as from close acquaintances and friends. This website reveals one hundred selected letters from the collection held by Dorset Museum, with whom the DH Lab collaborated on this edition project.

This is a chance to read and explore the original letters, and sometimes Hardy's replies, and discover his influences and social network. You'll find some famous names, some ardent fans, some literary influencers and critics, and some family and friends sending wishes.

Famine and Dearth in India and Britain 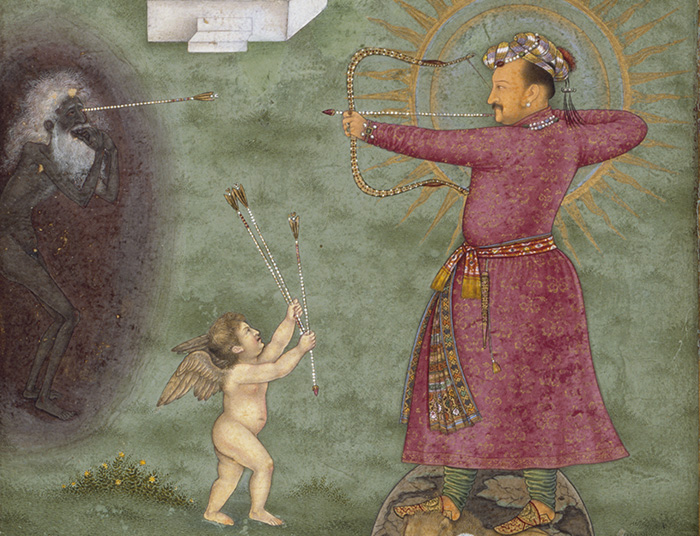 Food security is a complex and polemical issue, but an extremely important one given present concerns about environmental change, resource management, and sustainability. This project considers food security from an early modern perspective, comparing attitudes towards this concern in India and Britain. It aims to recover and define the practices, discourses, and literary modes through which these selected past societies articulated concerns about food availability and distribution. It studies texts ranging from plays and poetry to pamphlets and periodicals.

Explore over 700 texts in ten different languages, with English translations for the majority of the texts, to gain an insight into situations of famine and dearth in India and Britain from the mid-16th to late 18th century. You can also follow the journey of Peter Mundy, the son of a Cornish fish merchant, who travelled to India in the 1630s and wrote a vivid diary describing his experiences.

Famine and Dearth in India and Britain 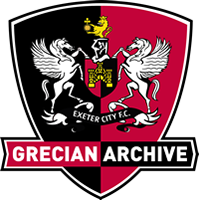 View the fascinating history of the first British team to play against an Argentine side. Exeter City FC has a rollercoaster story, which is documented in thousands of artefacts, digitised and curated by students, with the help of academics and DH Lab staff. The Grecian Archive has cigarette cards, programmes, audio recollections, 3D objects and much more, as the online section of the ECFC Museum.

Look for the star players, the games that rescued the club, the places and people that have inspired the club, and even a pair of muddy boots. 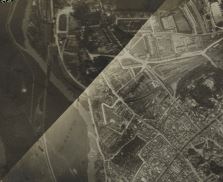 In the early 20th century, a hot air balloon crash-landed in a field west of Exeter, and its pilot found a welcome at a local house. As it had passed over the city, its occupant had taken some photographs on his wet-plate camera, a very bulky piece of apparatus, and prints were sent back to his rescuers.

A century later, these images were rediscovered, and two are presented here, overlaid onto contemporary mapping, showing perhaps the earliest true aerial photographs of Exeter.

Explore how Exeter's cityscape has expanded with this interactive map by fading from the modern to the city a century ago. It reveals how redevelopment and the Exeter Blitz reshaped its centre, how transport links have changed, and how the city's key landmarks such as the Cathedral remain unaltered by time. 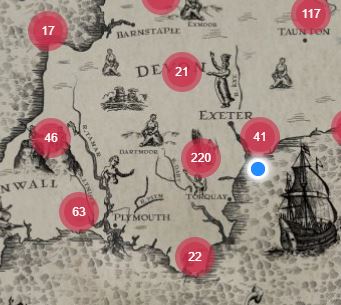 Led by poet Paul Farley and academic Andrew McRae, this project collected submissions of poetry from the public over the course of six months, attracting over 7000 new poems contributed into a map-based website. Discover the poetic responses to lived experiences of people across the whole of England and Wales.

Explore themes of gender, sexual diversity and health through a series of historic objects from museum collections. Learn about their cultural background, and use the objects to prompt discussion about difficult issues

The resource is categorised by theme and by the appropriate educational Key Stage, with lesson ideas and discussion questions. 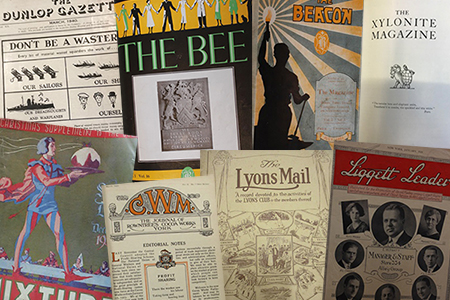 This fascinating archive of documents, biographies and articles illustrates the attempts by business leaders between the world wars to improve conditions, innovate new products, and encourage managers to bring in better business practices to improve productivity and wellbeing.

Artists of the Paris Salon 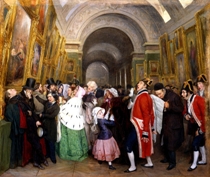 The Database of Salon Artists provides a searchable record of all entries to the Salon for the period 1827–1850, a total of over 80,000 works submitted for exhibition by some 9,000 different artists.

The database draws information from the three main sets of registers relating to Salon participation, located in the Archives des Musées Nationaux in the Louvre – the Register of Works, the Register of Artists and the Register of Jury Decisions. It then supplements these records with important biographical information, acquired from a range of sources, not available in the original Salon registers. 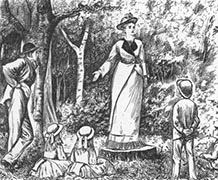 A student project to research references to clothing in the novels of Thomas Hardy, giving a fascinating insight into how he used clothing to represent characters and their social situations. 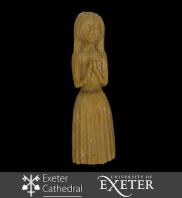 This wax figure of a praying woman is one of a number of medieval votive objects belonging to Exeter Cathedral. The figurines were left by supplicants at the tomb of Bishop Edmund Lacy (d. 1455), who was locally venerated as a saint. Although such offerings were once a common sight at shrines throughout England, they disappeared at the Reformation, when the veneration of saints was forbidden. More models will appear in the near future! 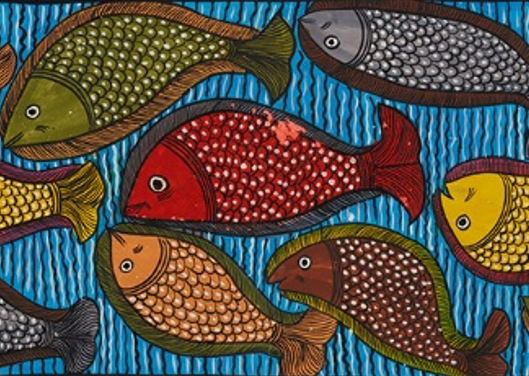 The traditional scroll painters of Naya village in West Bengal are expert in interpreting stories and creating vivid and animated paintings of texts that have been long hidden. Read about the methods they use to create their pigments, how they work together to understand a new text, and how their work will be exhibited online and in displays in Kolkata, London and Exeter.

The scrolls are represented digitally using very high resolution photography to show the detail in these amazing images - click on a scroll, and zoom in, then read about the history of the tale and the process to create this image!

This is a collaborative project involving the villagers, along with graphic artists, filmmakers and academics from the School of Cultural Texts and Records, Jadavpur University, alongside Exeter English and DH Lab staff.

Poetry of the Lancashire Cotton Famine (1861-5)

During the American Civil War, the supply of cotton to the UK stopped, and the Lancashire mills and factories that relied on it shut down, causing sudden mass unemployment on a scale previously unknown. The cotton industry was the hub of the industrial revolution, and whole families would work in the cotton mills, meaning that the loss of income hit even harder. It is estimated that almost a fifth of the population of the UK were affected by the lack of cotton.

In response to the crisis, many people including former cotton workers wrote poems about their situation, which were published in regional newspapers in Lancashire. These poems told the everyday stories of people’s lives, but also raised awareness of the plight and called for relief aid.

Explore the poetic response to this crisis, along with commentary, audio recitations and musical performances that draw directly on the Cotton Famine poems.

Poetry of the Lancashire Cotton Famine

This collection of fascinating depositions or witness statements shines a light on a range of crimes and offences tried in early modern England. From Adultery in the Hay Harvest to The Drowning of Henry Abbott, these cases are rich in their detail of social, economic, political and religious life.

As manuscript archival sources written in secretary hand, few of these records are accessible to historians online or in published manuscript form. This digital edition provides valuable access to a selection of transcribed and translated depositions from the abundance of church court and Quarter Sessions material available in local record offices. It is an essential source for students of the early modern period, and for local and family historians, palaeographers and others with a general interest in early modern society.

Architecture and Asceticism - Syria and Georgia 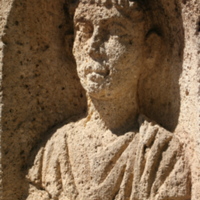 View collections of images from archaeological and architectural sites across Georgia and pre-civil-war Syria. The project looks for links between different styles of architecture in early Christian communities, and the website documents ongoing events and engagement promoting cultural awareness and participation in historical research in the region.

Browse sites by location using the interactive map, view collections grouped by motif or themes, or read new research articles on the culture and beliefs prevalent in the region. 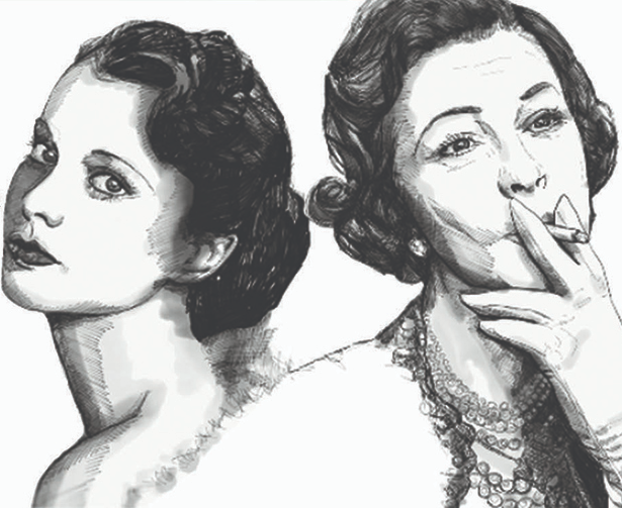 Insights into the life and stardom of the actress Vivien Leigh, represented through objects and documents archived in museums and cultural institutions across the South West of England. Includes 3D digital exhibits of dresses worn by Leigh, and objects that give an insight into her everyday life. 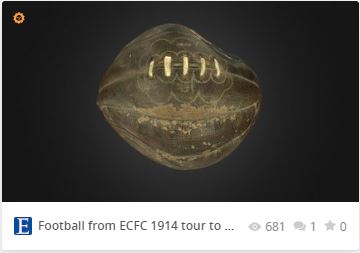 Did you know that Exeter City FC were the first British club to play an Argentinian side? Sadly, Exeter lost the match, but this football, known as the Pym Ball, was used in the game, and is now in the ECFC Museum. The Digital Humanities Lab, along with student volunteers, have scanned a number of objects from the museum, which can be seen in the Grecian Archive. You can just make out the writing on the ball that describes the event, which is barely visible on the real ball!

A guide to the ephemeral art and performances taking place in San Francisco in the seventies and eighties. This collection includes recollections by the artists, recordings of the ambient sounds of the locations, pathways and sequences of artworks, and an interactive map to navigate the places of the performances. If you're located in SF, the website will show you nearby locations.

Explore San Francisco through the vibrant culture and art, whether you know the city well, or just dreaming of visiting.

The Worlds of Mandaean Priests 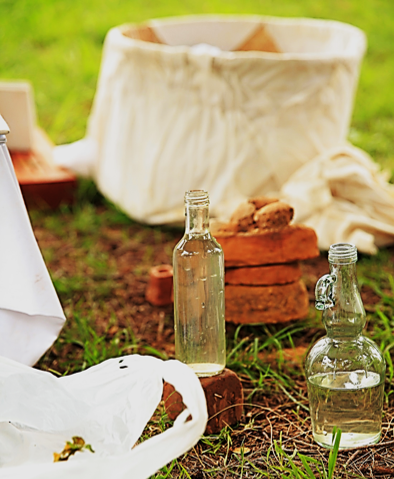 A glimpse of the festivals, rituals and practices of a community in southern Mesopotamia, this archive contains video and slideshows showing their daily lives and milestone events. It provides a fascinating insight into a complex and rich culture.

The Worlds of Mandaean Priests 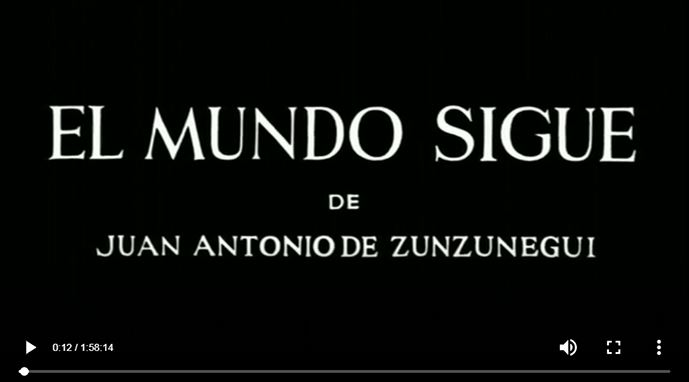 This Madrid-based melodrama is a powerful critique of Spain's political system at the time of its release, the Franco dictatorship. It explores female suffering and voice and is an early example of Spanish feminist cinema.